Crossover is a Linux application (also for Mac OS X) that lets you install Windows programs and games on Linux.

The program itself is based off of Wine, and Codeweavers, maker of Crossover, are the top contributors to the Wine Project.

Search “cross” in the Unity Dash and you will find the Crossover menu items.

By clicking “Install Windows Software”, you will be able to install various Windows applications with ease. 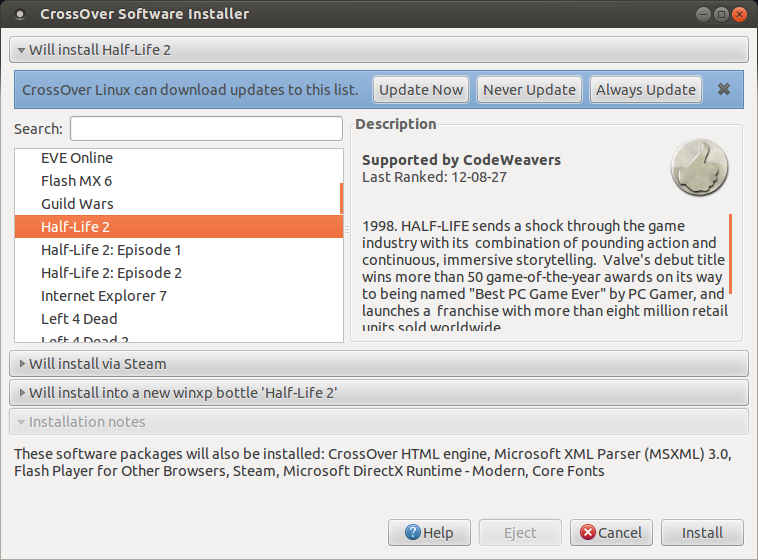 In the “Install Windows Software” window, you can install a ton of Crossover-supported applications and games, such as Half Life 2.
These applications can be installed in separate Wine bottles, stand-alone configurations for each app you install to avoid conflicts.

You can also install applications into existing wine-bottles.
There are also community supported applications which you can install.
Note: Some of these applications require you to provide the installer yourself.

“What if I want to install software that Crossover doesn’t support?”

If you have Windows software that you want to install, that is not on the list, just right-click the EXE, and hover over “Open with”. 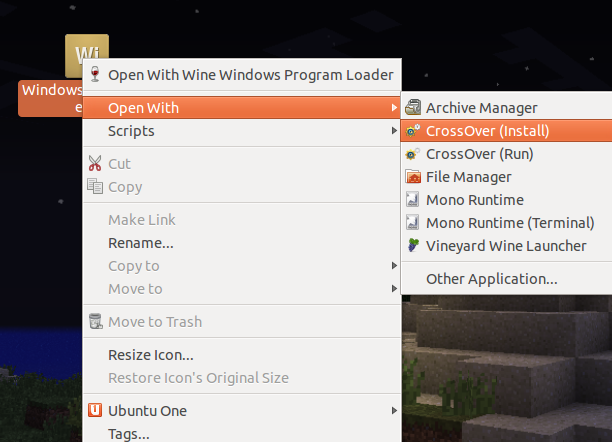 You will be presented with two options.
Crossover (Install), and Crossover (Run). 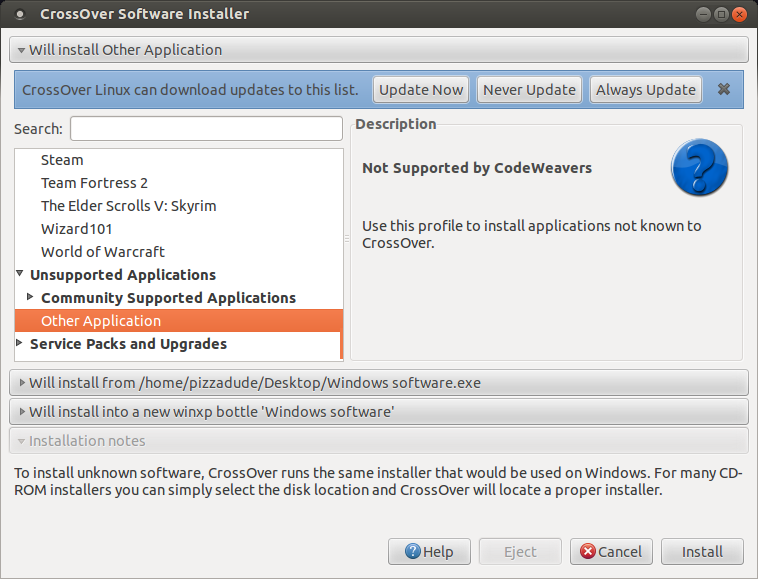 If you click Crossover (Install), you will be presented with the familiar “Install Windows Software” dialog, except if you scroll down, and click “Other Application“, you will be able to install it if it is not supported by Crossover.

You will be able to install the software into a new Wine bottle, or an existing one, for example, addons for a game you have already installed.

Once your software is installed, just search for the software in the Unity dash, or in  whatever application menu you are using.

While Wine is great, some will prefer Crossover because of its ease of use.

You can purchase Crossover at the link below.

This entry was posted in Uncategorized. Bookmark the permalink.

This site uses Akismet to reduce spam. Learn how your comment data is processed.